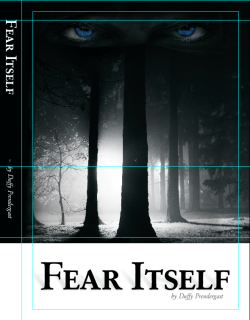 In Fear Itself by Duffy Prendergast, Mathew is accused by the police of murdering his wife. He knows he didn’t do it, but he now suspects his little seven-year-old daughter, Sarah, after he finds out Catherine was poisoned with some antifreeze, something Sarah is familiar with since they used it in a science project they worked on together. Scared of losing Sarah by either going to prison for a crime he didn’t commit or her being taken away from him because of her possible homicidal tendencies, he decides to take Sarah and leave town. It seems as if they are able to avoid being caught, but Mathew has other women in his life who may be in danger due to Sarah’s attachment and borderline obsession with her daddy and keeping him all to herself.

Fear Itself is definitely a must-read. Throughout the entire story, you wonder if this seemingly sweet young girl could actually be a murderer. The characters were unforgettable and the plot was unpredictable. Duffy Prendergast is an amazing writer. I absolutely loved the vivid and detailed descriptive language; this author is obviously talented. Even though the disturbing scenes and almost creepy father-daughter relationship was, at times, hard to read, overall, this was a great book. It was thrilling, mysterious, and full of suspense. And the surprise ending had my eyes bugged out and my jaw dropping. I hope to see more from this fabulous author. Clearly a gifted writer, Duffy Prendergast definitely has gained a new fan.
Advertising
Proudly powered by Weebly
UA-49191003-1